My Internship with D2D CRC 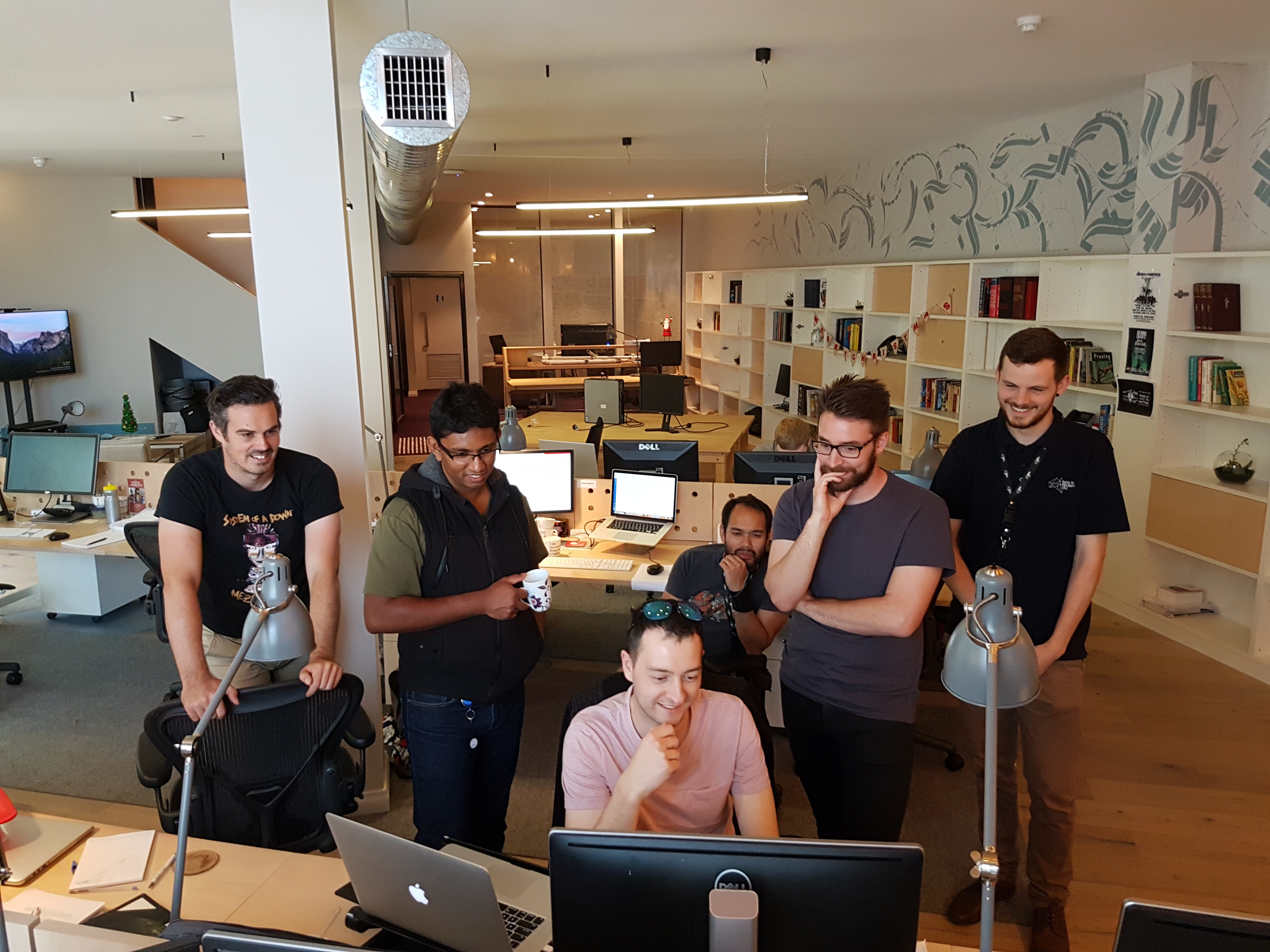 My name is Patrick and I have a Bachelor of Information Technology (Digital Media). I have also just completed an internship with the Data to Decisions CRC where I worked with the Beat the News team to build a prototype application for their latest project and assist with the development of the Discovery tool.

During my last year at university, I began seeking some practical experience to better understand the various areas I had studied while being eager to contribute to a meaningful project. After finding the internship at Data to Decisions CRC, it looked like the perfect place to achieve this.

When I attended the Internship Assessment Centre, it was very professional and well organised which gave me a great first impression of the people and environment. During morning tea, I got chatting to Grant who I had seen in a Facebook post being described as a Data Scientist by day, Lead Singer and Guitarist of a thrash metal band by night. So, we obviously spoke of all things music and guitar with a few others joining in to share their tastes in music. We came to the correlation between computer people and complicated music, which was an accurate introduction to the culture at D2D CRC. I can easily say it is the most interesting job interview I’ve been to!

After my interview, where I found out I already had so much in common with my new team, I was excited for what the next 12 weeks would hold. My role as part of the Beat the News team was to create an application that could run location name recognition on some text, geocode the locations, and display the results to the user.

Building the prototype involved a lot of research around the different methods for geocoding locations and the technologies used to present this information. For this project, I focused mainly on the frontend development and design of the application’s user interface. Many different technologies were trialled to take the results received from the backend and give meaning to the data. The application featured a full screen map, and a search form with a few control options. The web-app uses the open source JavaScript library Leaflet for the interactive map along with Mapbox for the tiles. There were also several other libraries tested out, and while many proved useful, a number of these didn’t have the desired functionality which meant they had to be modified to meet the application’s requirements.

Overall, working on this application offered many interesting and stimulating areas of work within web-based systems development. Many of Atlassian's tools were used for documentation with JIRA being particularly helpful to track progress. The processes used include documenting our findings, managing priorities with user stories, and applying the scrum framework to daily activities. Although this was a side project, the other intern Ben and I followed along with the rest of the team during sprint planning and demo sessions which were useful scrum-based agile methodologies to practice.

There are two things I learnt that D2D CRC staff love more than anything. The first is foosball. There’s just so many insanely bizarre and hilarious moments that occur on this table, I can barely keep track of the amount of quality banter it provides. It’s like everyone worships the thing. Really though, there’s nothing better than to let off steam against each other and some have fun at work.

The other activity that everyone loves to get around is the weekly Friday pub lunches. Pub lunches have been a great way to meet others within the organisation whilst also getting to try the different pubs Kent Town has to offer. One of the other ways we take in the area is through the company’s Run Club. A few times a week, a couple of dedicated souls head out during our lunch break to get away from the office and get some much-needed exercise into our days.

During my time with the Beat the News team, I also learnt about Angular after completing the prototype. Once I had completed the tutorial, the team got me working with them on the Discovery tool. Since I come from a design background, Grant suggested that I do a full user experience review to give the team an idea of how the app would be received. After going over everything and documenting any issues I picked up, I encouraged Grant to do a full UI refresh of the tool to improve the overall usability and look.

Meanwhile, I was completing some UI tasks and learning about the development process utilised by the team. This experience was highly valuable, with the rest of the team offering me support. Essentially, I was upskilled by a set of talented software engineers while getting to work on a whole section of the Angular application. This gave me a real sense of being a part of Beat the News and I couldn’t have asked for a better way to gain experience in this industry.

I am very grateful to have been given such a fantastic opportunity to start my career while working with many brilliant minds and passionate people. This internship has given me a great deal and it is an excellent program to undertake straight out of university. Learning about different areas of data science, software engineering, user interfaces, and more has ultimately set me up as a professional graduate.

While today is my last day as an intern, I have been fortunate enough to receive a full-time position at the D2D CRC. I am thrilled to begin this new role as a Graduate Software Engineer and to continue as part of this organisation.